Why take a chance with your health? 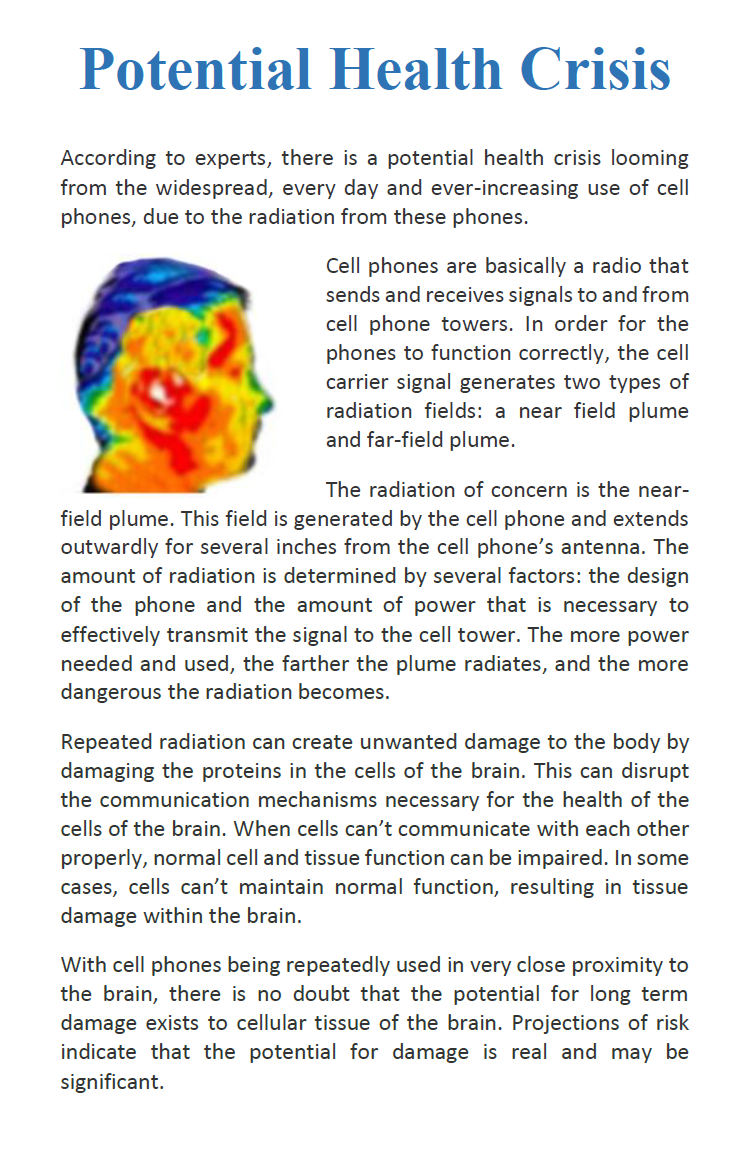 RadiWise has been designed to help reduce the undesirable effects of cell phone radiation without affecting the function of your phone. Smart cell phones have become an essential part of daily living, with many users spending more than two hours daily on these devices. RadiWise is made of a unique material which changes the shape of the near-field radiation plume and is designed to absorb a portion of the damaging radiation that cell phones emit when in operation.

Over time, the unwanted radiation may damage your health and the health of all who use them. Children are even more at risk since a child’s brain absorbs radiation, as much as twice the amount, when compared to the brains of adults. The latest study indicates that long-term exposure may negatively affect memory in teens.

When installed on your cell phone near the antenna, the near-field radiation plume can be reduced significantly. To take advantage of RadiWise technology, simply attach this revolutionary device to the back of your cell phone, per the installation instructions, and you will instantly receive the benefits!

RadiWise has been shown to protect the user from as much as 92% of the unwanted radiation and is guaranteed to last the life of your cell phone. Get yours today! 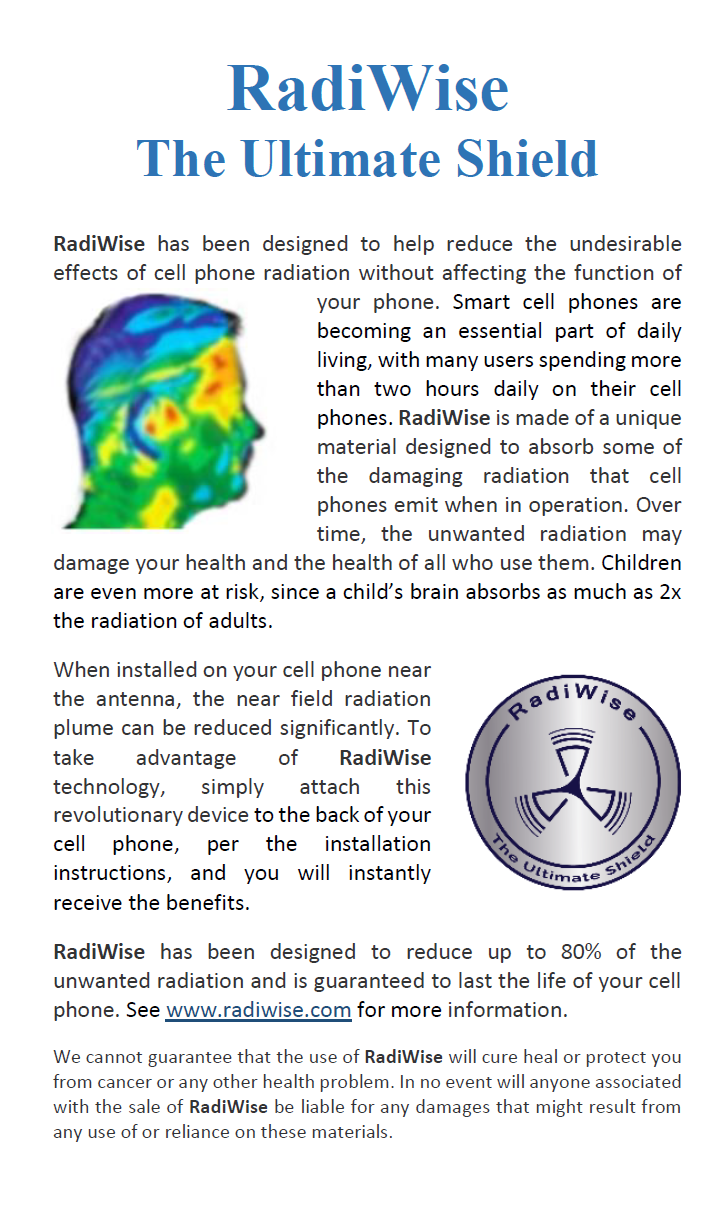 Note: We cannot guarantee that the use of this product will cure, heal or protect you from cancer or any other health related problem. In no event will anyone associated with the sale of this product be liable for any damages that might result from any use of RadiWise or reliance on these materials.